10 Years of Conflict and Disability Among Syrian people 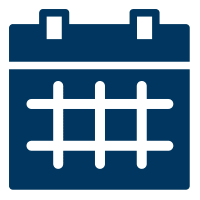 10 years of conflict led to Syria having the highest recorded prevalence of disability in conflict worldwide. Syrian women and men, girls and boys with disabilities, including those in neighbouring countries, live in extremely vulnerable situations: they face multiple and intersecting forms of discrimination, including increased barriers to accessing support and life-saving services, and often face more protection risks than people without disabilities. At the same time funding for an inclusive humanitarian response in Syria and for programs that service Syrian refugees with disabilities in Lebanon and Jordan is at risk.

The aim of the side event is to call on donors to consider the latest evidence on drivers of extreme vulnerability, such as heightened prevalence of disability, barriers to humanitarian assistance and intersecting factors affecting the majority of the Syrian population when deciding on funding priorities, and to emphasize the ever-increasing need for inclusion mainstreaming.

There will be presentations from four speakers – two of whom are affected persons from the region – followed by a Q&A session.