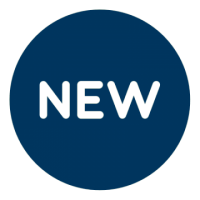 Negotiations on the Multiannual Financial Framework (MFF) are a long and complex process. Since the first proposal put forward by the European Commission in 2018, the VOICE network has been engaging with relevant stakeholders urging for an increase to the humanitarian aid budget line to support the growing number of people needing assistance worldwide. Most recently:

After nearly 5 days of negotiations, on 21 July, the EU leaders agreed to a 7-year MFF for the EU, and a 3 year COVID-19 recovery fund. Within that, they agreed to an envelope of €9.76bn for humanitarian aid for the MFF 2021-2027. This is just under €1.4bn per year. They also agreed to a Solidarity and Emergency Aid Reserve of €1.2bn per year over the same period. This is money which can be used for humanitarian aid, but also for major disasters and other emergencies inside the Union.

Overall, the agreement consists of a considerable increase for humanitarian aid budget line compared with the current MFF but it didn’t take into account the additional needs caused by the pandemic.

However, the negotiations are not over yet. The agreement now needs to have the consent of the European Parliament who is concerned about cuts to major EU programmes.